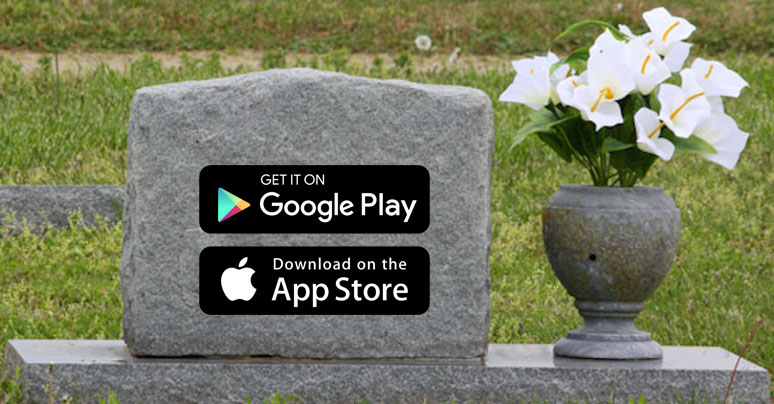 The question as to if PWA’s will replace native apps is a super interesting debate going on in tech land at the moment…and fair enough too, as both sides of the argument have interesting points.

Only a few years ago, the functionality gap between a PWA and a native app was MASSIVE. PWA’s were limited by API access, the user experience was average and functionality options were very limited.

But technology has come long way, and in 2019, in many circumstances, many users won’t notice much of a difference between a PWA and a native app.

So What Exactly is a PWA?

PWA stands for “Progressive Web App”. Basically a PWA is a web based app that uses the the latest web technologies, especially smart APIs, to deliver a mobile based software applications that, in most cases, looks and feels like a native app.

The term “PWA’ was invented by a guy by the name of Alex Russell who works at Google in the Chrome team when he made the following statement : "These apps aren't packaged and deployed through stores, they're just websites that took all the right vitamins...”

What Are Some Examples of PWA’s?

Many tech companies are increasing looking to PWA’s as part of their strategy, but here are 3 big examples:

Uber. That’s right….global tech giant uber uses PWA’s as part of it’s smartphone strategy. Uber has a PWA version of the platform to encourage usage in developing countries where internet access is poor and expensive. Users on 2G networks can download the super light 50kB Uber PWA in less than 3 seconds!

Tinder. Yep Tinder too. Their PWA offers basically the same user experience as its native app, but at around only 10% of the data cost, requiring just 2.8MB for installation. Results published by Tinder show that usage of the PWA is actually at the same levels as it’s native app.

Pintestest. Pintestest developed a PWA in 2017 to help improve its mobile audience statistics. This strategy has been a massive success for the company with an increase in mobile session times of around 40%!

What Are the Pros of PWA’s?

No-one can deny it, PWA’s cost a fraction of the cost of building native iOS and Android apps. How much is the difference? Well it depends on the application but a PWA can be as much as 80% cheaper to build. In addition, the ongoing maintenance costs of PWA’s are significantly less that native applications.

PWA’s smash native apps out of the park when it comes to load speed, making the user experience of PWA’s second to none.

PWA’s can load an without internet connection….you read this correctly, zero internet. This can be great for users where internet isn’t readily available or is highly unstable.

One of the biggest issues with native apps is the cost of marketing to acquire each user. In fact, some statistics claim each app install can cost between $8 to $30! PWA’s on the other hand will form part of your SEO strategy with the ability to market to users directly via search engines.

So What are the Cons of PWA’s?

Whilst the functionality of PWA’s has moved super close to that of native apps, (functionality like push notifications and even camera access) there is still a gap. Many hardware-related functionality such as fingerprint scanning, vicinity sensors, NFC, bluetooth, geofencing, inter-app communications, and advanced camera controls are not possible in PWAs…yet.

Whilst being able to target users from non-app store web downloads is a marketing cost advantage, PWA’s do miss out on significant traffic from app store searches.

Almost everyone on the planet is familar with the process of installing a native app, just go to the Apple App Store or Android Google Play store, find the app and click install. The process for installing a PWA involves users needing to open their phone's browser, find the PWA, tap on home screen and then select "Add to Home Screen." Not only can this process be confusing for non-tech-savy users but can also bring up unwarranted fears of data or viruses.

You can see in this article the reasons the debate around PWA’s vs Native app is a hot one.

However there are cases that PWAs are definitely the better option. PWA’s, like the ones developed by Uber and Tinder, show that PWAs can add value as a standalone application or an partner to native apps.

If you don’t need full native app functionality, have a limited budget or you are a startup trying to build a MVP, then it is definitely worth a good discussion about if a PWA solution will work.

As the PWA technology continues to improve in the coming decade…who knows maybe one days PWA’s will be the only logical choice. But until this time, if you have a mobile application idea definitely do not immediately dismiss the idea of a PWA.

What Our Clients Say

I am not very tech savvy myself but didn't need to worry as BLD team led me through the scoping process, workshopping my vision for the app and helping me to get the concept ready to develop. I found them to be incredibly patient and understanding throughout the process and loved how they would offer ideas to ensure a top outcome. I am so pleased with the end result.

I had a idea startup idea, but no idea what to do next. The Big Leap Digital team were simply awesome, not just in building my my app and software, but also guiding me step-by-step in creating a true Saas business. If you have a tech idea don't go anywhere else, Simon and the team are simply the best in the game.

The Agency has chosen to work with Big Leap Digital on a range of tech projects over the last 4 years with a focus on internal software solutions to help streamline our business. I have found the Big Leap Digital team outstanding partners and would highly them to anyone who is looking at custom development project.

The team at Big Leap Digital would love to chat about your project and how we can help.